Back to portfolio
Case Study

With Flora you can order flowers from an app that delivers them right to your doorstep. It only takes a few minutes for a user to go through the entire task and remember the settings without having to repeat everything every time.

Designed for people with tight schedules and a great deal of impatience, the solution focuses on optimizing their time above all else.

Develop a liner task flow with the sole purpose of simplifying flower delivery as much as possible.

In my conversations with the users, I learned that they purchase flowers for special events of their loved ones' lives. Some of them enjoy researching and selecting flowers for those people, but most want to get things done as quickly as possible.

They want an app that handles everything and is easy to use. Of the nine people I interviewed, seven expressed concern about picking the wrong gift or flowers for an event, and they would like a pre-made list of flower bouquets they can choose from without the worry. 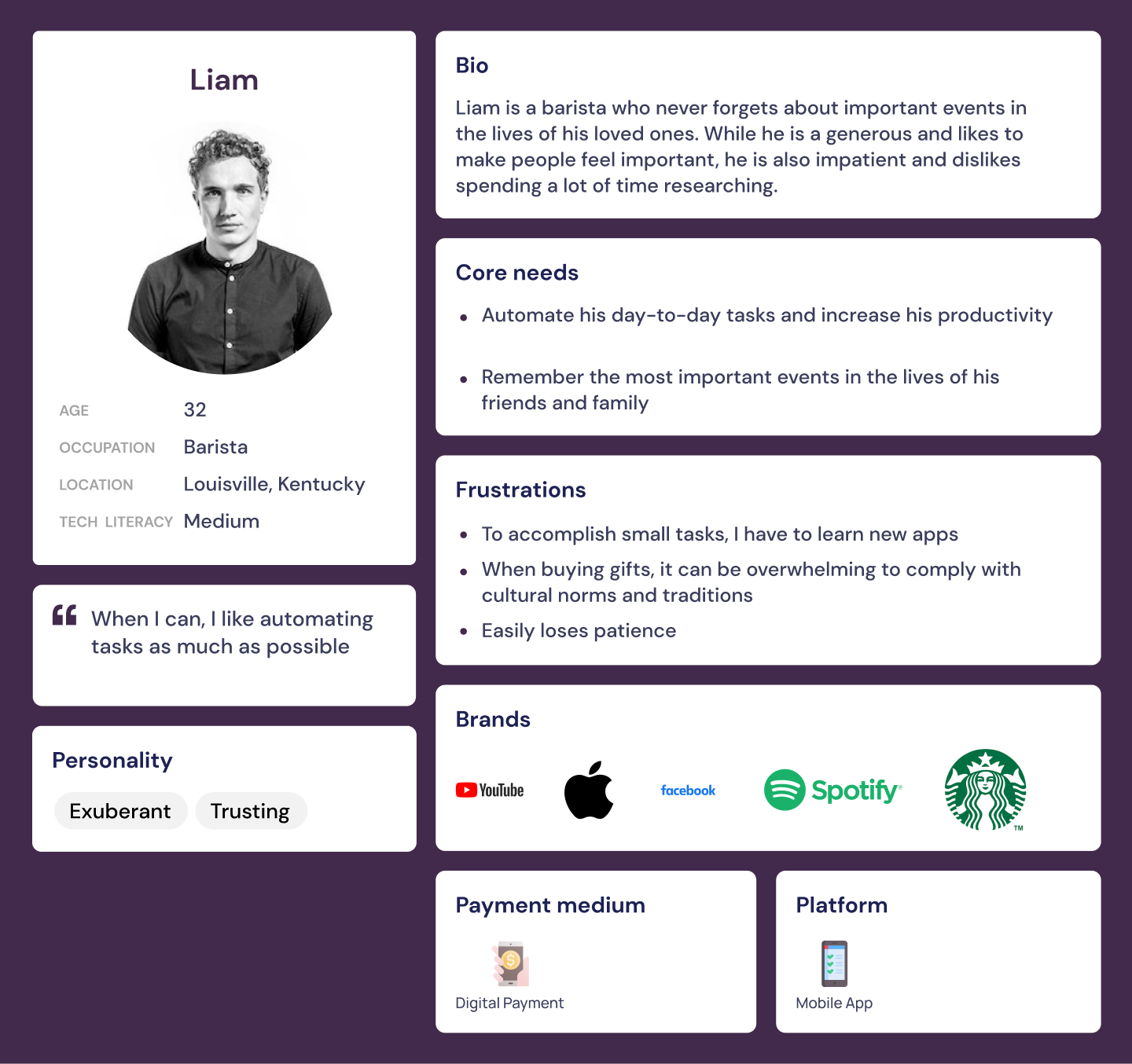 After speaking with the users, I conducted a deep dive to learn how competitors are addressing the issue. A lot of them have cluttered and massive websites that turn away users who just want to get the job done quickly.

I created a task flow of what needs to happen to successfully complete an order and minimize the amount of fluff. The task flow is shown below:

My next step was to sketch and create wireframes for the app after I had the task flow down. For this solution, simplicity is the name of the game, so I tried to keep it as linear as possible.

Following a couple of usability tests, I fine-tuned the low-fidelity wireframe, then moved on to the high-fidelity version.

Our goal for this app is to make the main flow less than five minutes long. As soon as the high-fidelity prototype was complete, I went back to the users and timed them as they completed the tasks.

It took an average of 12 minutes to finish the first version of the prototype, which fails to meet the goal. Where does the problem lie? The custom message. In spite of the fact that it is optional, users tend to fill it out and the process takes some time. I had to find a way to shorten that part of the flow. 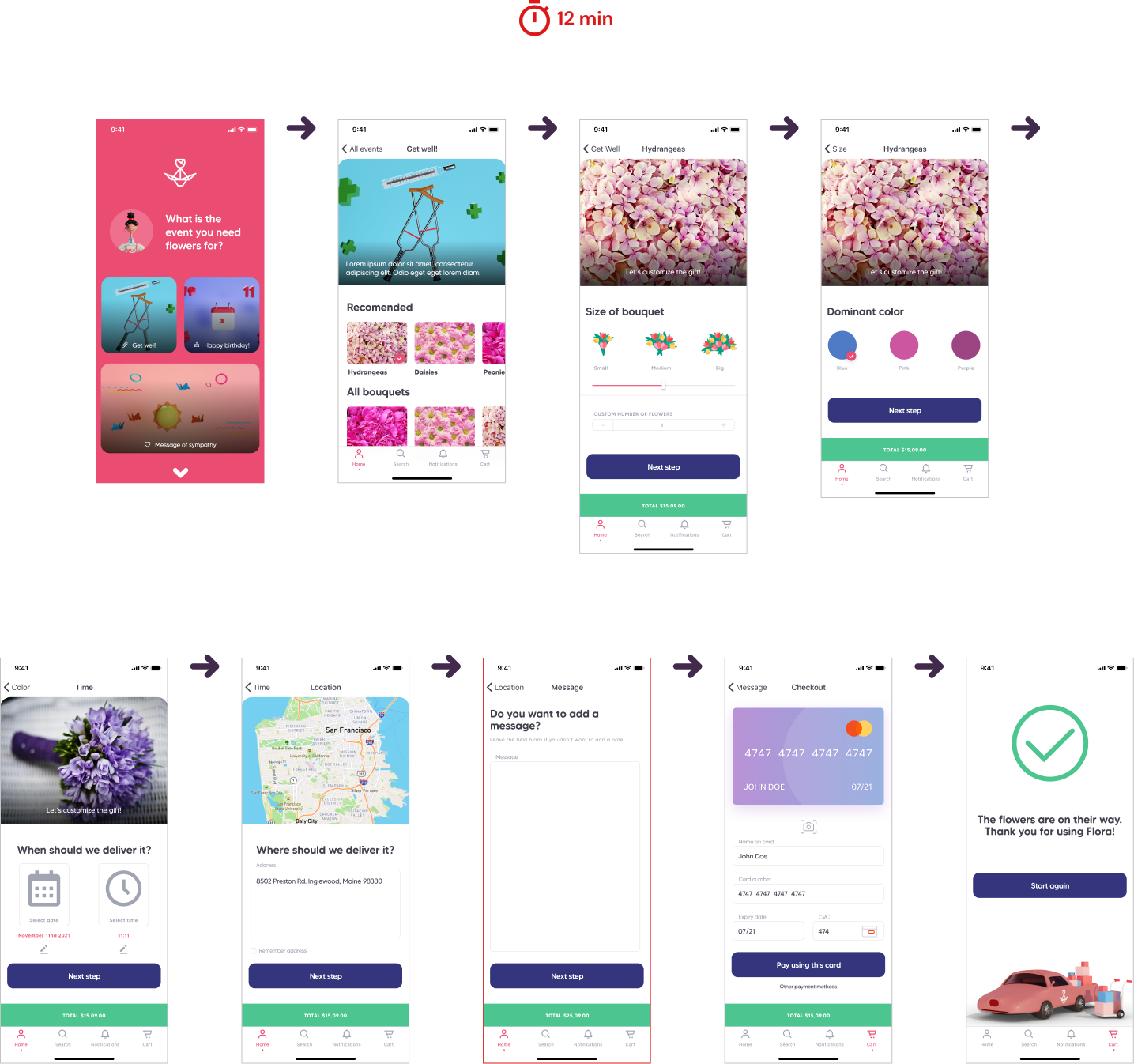 In the second iteration I had the idea to add an auto-generate button to the custom message field. Some people may find placeholder text misleading, but if we give them a generic message they can edit to suit their needs, it will help more than having them write it from scratch. 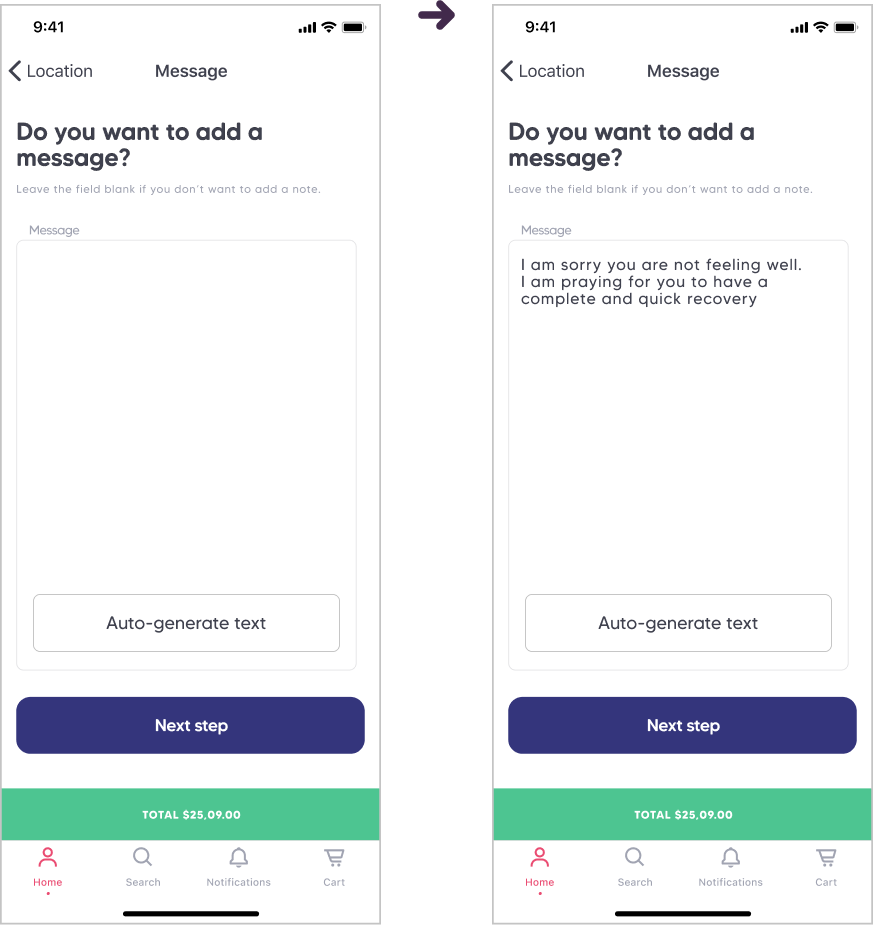 Time on task was successfully halved after adding this feature. Using the app, users were able to place a delivery in less than five minutes and were satisfied with the experience.